SPT owns production or distribution rights in many comedies and dramas spanning more than seven decades, including such titles as The Flying Nun, I Dream of Jeannie, Bewitched, Gidget, The Monkees, The Partridge Family, Hazel, The Hathaways, Route 66, the 1959 Dennis the Menace series, Who's the Boss?, Married... with Children, Designing Women, Castle Rock Entertainment's Seinfeld, The King of Queens in the United States while CBS handles overseas rights, Community, Rules of Engagement, Breaking Bad and The Blacklist. The company also produces Jeopardy! and Wheel of Fortune, the two longest-running and highest-rated game shows in syndication while CBS Television Distribution distributes the two; two daytime talk shows, The Dr. Oz Show and The Queen Latifah Show; the reality shows Shark Tank and The Sing-Off; and two long-running soap operas, NBC's Days of Our Lives and CBS's The Young and the Restless. 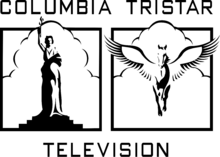 SPT's history goes back to 1947, when Pioneer Telefilms was founded by Ralph Cohn, whose father Jack and uncle Harry co-founded Columbia Pictures. Pioneer was bought by Columbia and renamed Screen Gems in November 1948, reincorporated as Columbia Pictures Television on May 6, 1974. 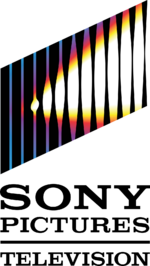 From 2005 to 2006, SPT was the distributor of MGM's TV and film library, due in part to the Sony-led consortium's purchase of MGM. In 2006, SPT joined forces with Program Partners to handle advertising sales and distribution rights to foreign television series in the U.S., mostly shows produced in Canada. The same year, SPT signed Embassy Row a three-year deal for new game shows, game show revivals, and scripted and non-scripted series.

In summer 2007, SPT introduced The Minisode Network, a digital channel for MySpace airing shows from the 1960s to early 2000s from four to five minutes. In winter 2007, The Minisode Network was also added to a few more sites including AOL TV, YouTube, and its sister site Crackle.

In 2009, SPT collaborated with Jeff Arnold (founder of WebMD), Dr. Mehmet Oz, Harpo Productions, Discovery Communications, and HSW International. on Sharecare, an online platform where users have their health and wellness-related questions answered by industry experts.

On January 15, 2014, former BBC entertainment commissioner Karl Warner teamed with SPT to launch Electric Ray, which will collaborate with SPT in the U.S. and abroad on development for entertainment and informative programming. All of Electric Ray's programming will be exported by SPT. The company's name comes from the nickname for Warner's father, who was an electrician. On March 20, 2014, SPT joined forces with execs Kieran Doherty and Matt Worthy to form Stellify Media. The new venture will be based in Northern Ireland. Just like Electric Ray, Stellify Media will collaborate with SPT's other production companies and UK shows and formats will be exported by SPT's distribution arm.

On June 26, 2014, SPT announced the decision to acquire CSC Media Group including 16 of its cable channels. the deal closed on August 15, 2014. On November 6, 2014, Daisy Goodwin stepped down from Silver River Productions amid Sony's restructuring. The studio had restructured its operations to SPT's streamline operations. She was less active in her production company and had been focusing on her books. On December 1, 2014, SPT acquired Australian drama production company, Playmaker Media.

On May 28, 2015, TriStar Television was re-launched as a boutique production label for Sony Pictures Television. The revived studio will be run by Suzanne Patmore-Gibbs after being in-name-only for 15 years. The first new series will be The Good Girls Revolt and is set to be piloted for Amazon. On September 28, 2015, Steve Mosko was promoted to chairman of SPT. He held the position as president of the television studio since 2000 when it was known as Columbia TriStar Television.

As of September 2015, it was the world's largest television production and distribution company measured by library and revenue (along with Time Warner's Warner Bros. Television).

On March 1, 2016, Sony announced to shut down Victory Television after Managing Director Victoria Ashbourne announced to step down after five years to pursue other opportunities. SPT will retain international distribution rights for all of Victory's productions. Thirteen days later, 2016, SPT acquired a minor stake in Faye Ward's UK startup company, Fable Pictures. On April 1, 2016, Gogglebox Entertainment founders Adam Wood and Matt Steiner announced the closing of the Sony-backed independent to launch a new production venture after their contract with SPT expired. On June 2, 2016, longtime SPT executive Steve Mosko stepped down as chairman of the studio. Mosko had been with the studio since 1992. Instead of replacing him, the duties had been split to several SPT executives and will report to Sony Entertainment CEO, Michael Lynton. On June 7, 2016, SPT acquired a minority stake in UK production company Blueprint Pictures.

On July 25, 2017, SPE's new chairman and CEO, Tony Vinciquerra tapped Jeff Frost, Chris Parnell, and Jason Clodfelter as co-presidents of SPT. Frost joined SPT in 2008 from ABC Studios, Parnell in 2003 and Clodfelter in 2006.

On July 31, 2017, Sony Pictures Television announced that it would acquire a 95% controlling stake in anime importer Funimation for $143 million pending approval from the US Department of Justice. Sony touted that the deal would allow Funimation to have synergies with its Animax and Kids Station divisions and "direct access to the creative pipeline". The Department of Justice approved the acquisition on August 22, 2017. The deal was closed on October 27, 2017. Sony Pictures Home Entertainment will take over Funimation's home video distribution operations after Funimation's current home video deal with Universal Pictures Home Entertainment expires. In addition, Funimation Films can potentially distribute anime films acquired by Sony Pictures Worldwide Acquisitions.

Retrieved from "https://altcyclopedia.miraheze.org/w/index.php?title=Sony_Television_Studios&oldid=8141"
Categories:
Hidden category:
Cookies help us deliver our services. By using our services, you agree to our use of cookies.